Greetings from the Netherlands and your Delta Amsterdam team!

We take the opportunity to first wish you all to stay safe and healthy during these unusual but full of hope days we are living in.

Meanwhile, our team is working around the clock, doing their utmost to keep you updated via our social media and direct contact regarding the latest news, openings, plans for the immediate future on multiple scenarios as well as the latest developments and increasingly improving situation around the world which we face fully charged with hope and expectation.

In order to remind us all why we love this city, a growing number of venues help us rediscover some of the gems of Amsterdam. Many Golden Amsterdam Oldies are currently either renewing, refurbishing or changing concept as well as applying different approaches to the excellent services they already provide. 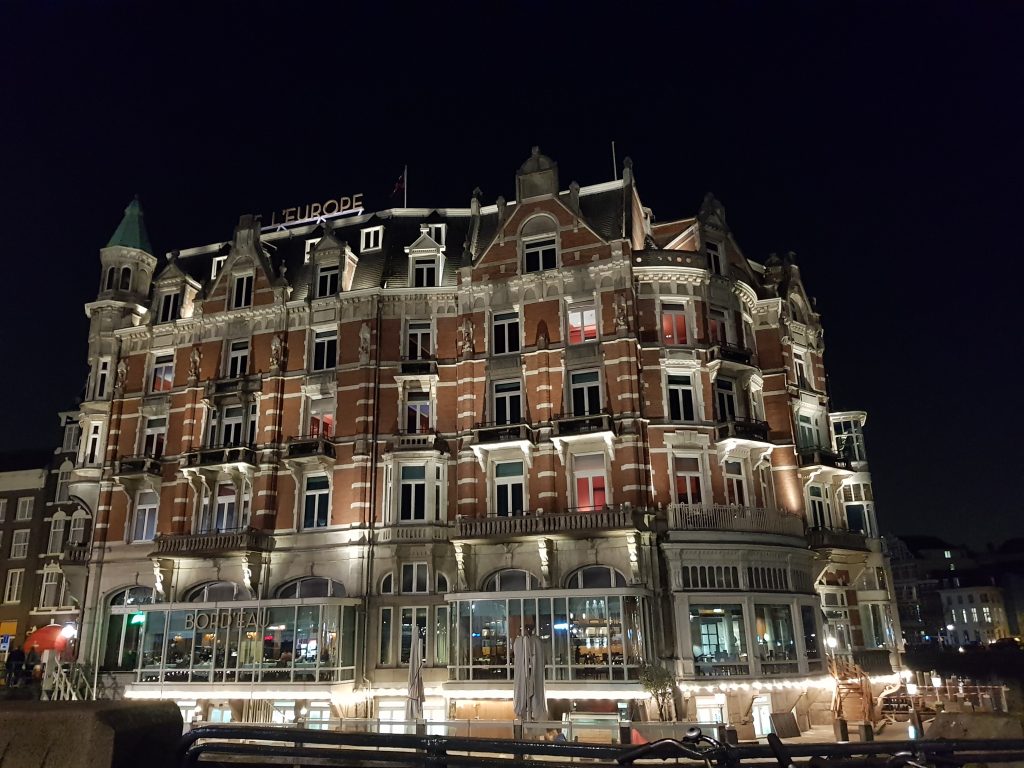 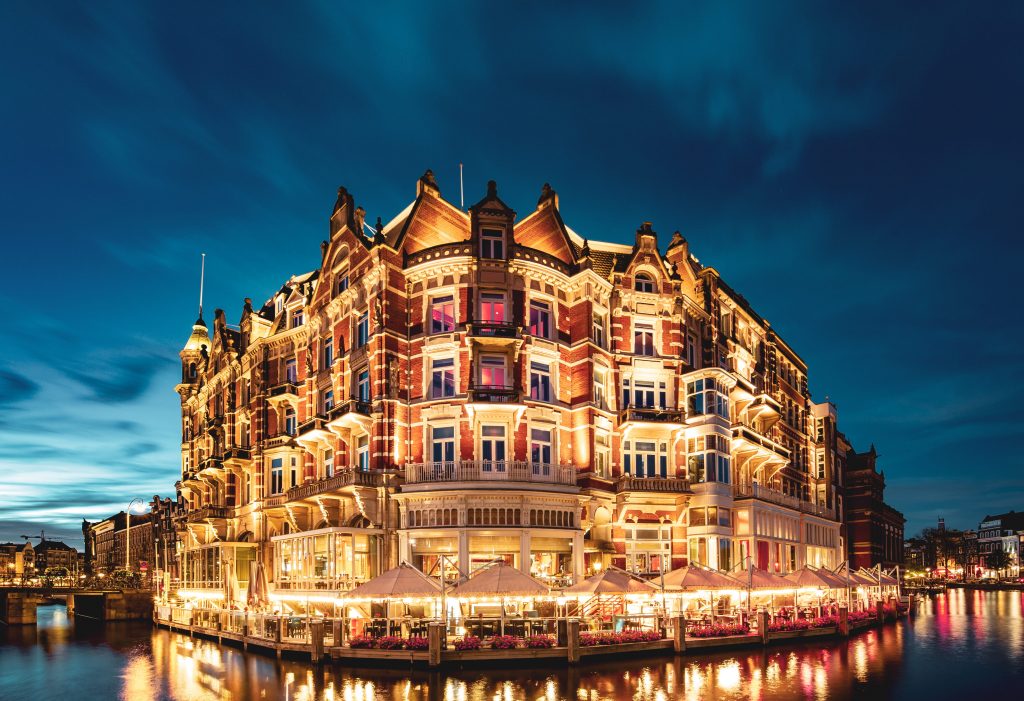 We start with one of the quintessential Luxury hotels in Amsterdam, this establishment is truly an Amsterdam landmark. History and best of services in town walk hand in hand at this Amsterdam Five Star luxury hotel. “De L’Europe Hotel” is currently undergoing refurbishments and following a redesigning project of the entire ground floor which is but a few steps away of completion. We are thrilled and very anxious to see the result which will most certainly grant a beautiful and long lasting memory of one of Amsterdam most well-known hotels, now with a different ground floor design for the perfect welcome!

Hotels will be your home whilst in Amsterdam and there is a number of them to choose from. With the next one in line, we take you to another side of the city, to the Leidseplein – the square known for its bustling life – which hopefully soon enough will be welcoming the guests with open arms again. 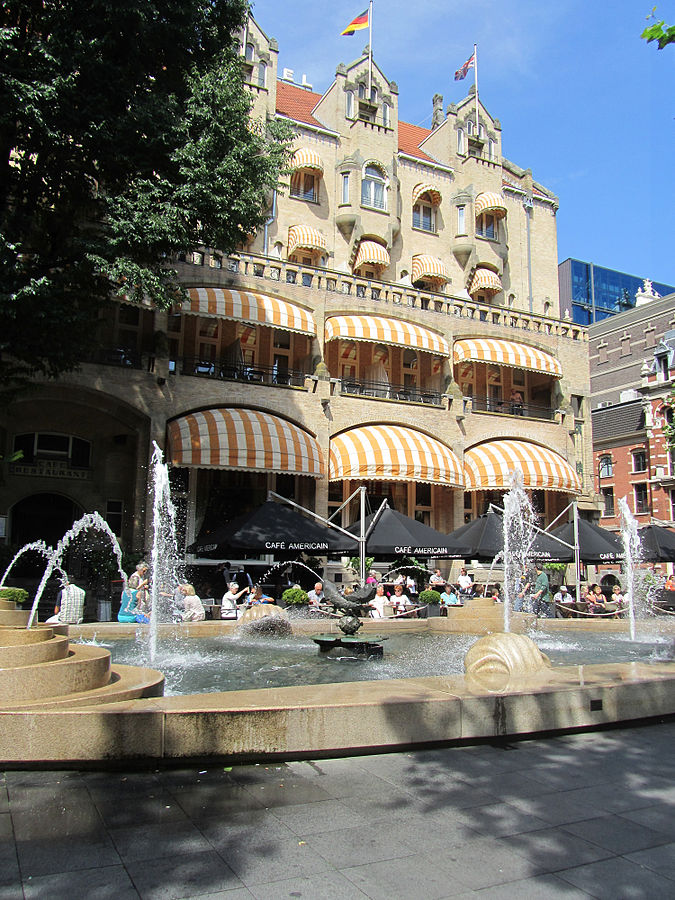 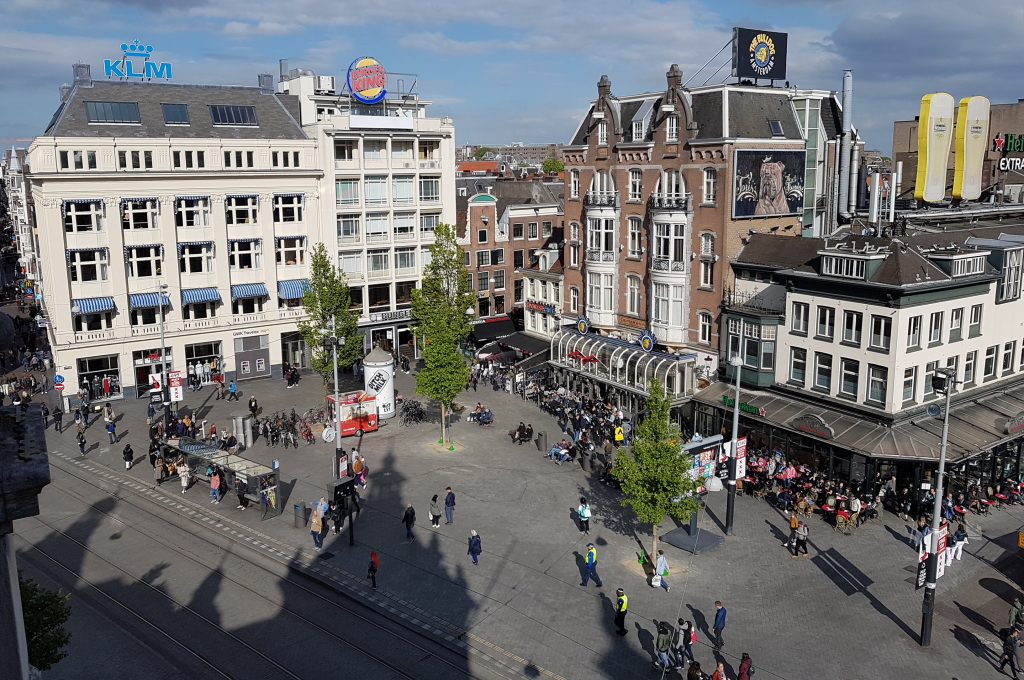 As of 2020, the former Eden American Hotel, a true Golden Oldy, has become the “Amsterdam Eden – Hard Rock Hotel” and will be the musical centre in the city due to hotel’s character and vicinity to the most well-known concert locations in Amsterdam, “Het Concertgebouw”, the “Melkweg” and the “Paradiso” venues. Hard Rock Hotels are most famous for one trademark characteristic – its unparalleled experience: during your stay you will feel like a true Rock star. Music is in the DNA of all Hard Rock Hotels, now the perfect combination is available in the lively city of Amsterdam. 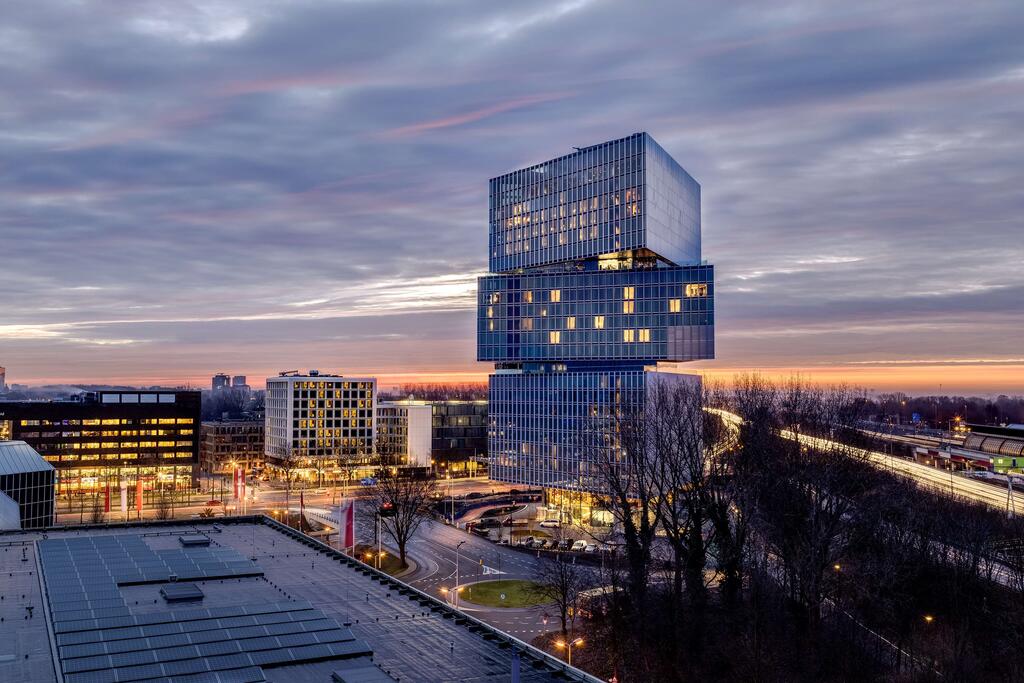 On the other hand, we are noticing completely new faces arise in Amsterdam’s hotel scene with the recent openings of the “NHow Amsterdam RAI Hotel” and the “Niu Fender Amsterdam Hotel” in the East district of Amsterdam. With its 25 floors full of vibrancy, architectural, culinary and cultural manifestations, this state-of-the-art NHow Hotel enters the Amsterdam scenery in a fabulous and loud fashion. It’s 650 (!) guest rooms crowns and grants it the status of the largest hotel across the entire Benelux region. 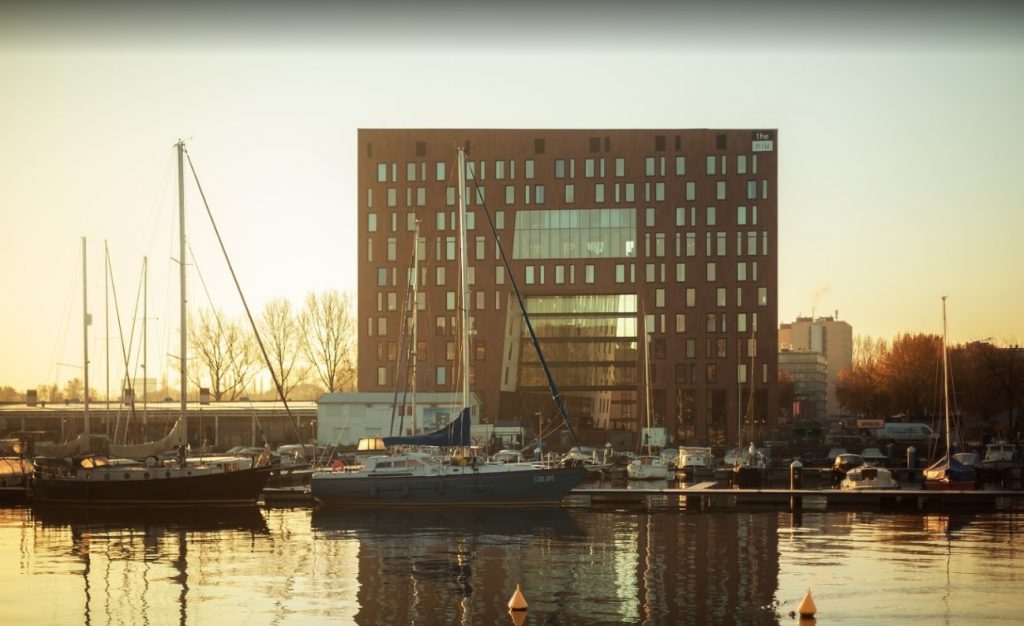 Competing on the Eastern side of the city, the Niu Fender Amsterdam Hotel is a modern and functional hotel you will greatly enjoy. Amsterdam at its most local since located directly on the “Cruquis Island” harbour of Amsterdam offering you, with its three towers, a unique view of the Amsterdam waters and lets you experience in the hotel the maritime vibe of the city through industrial design, local colours and urban motifs. 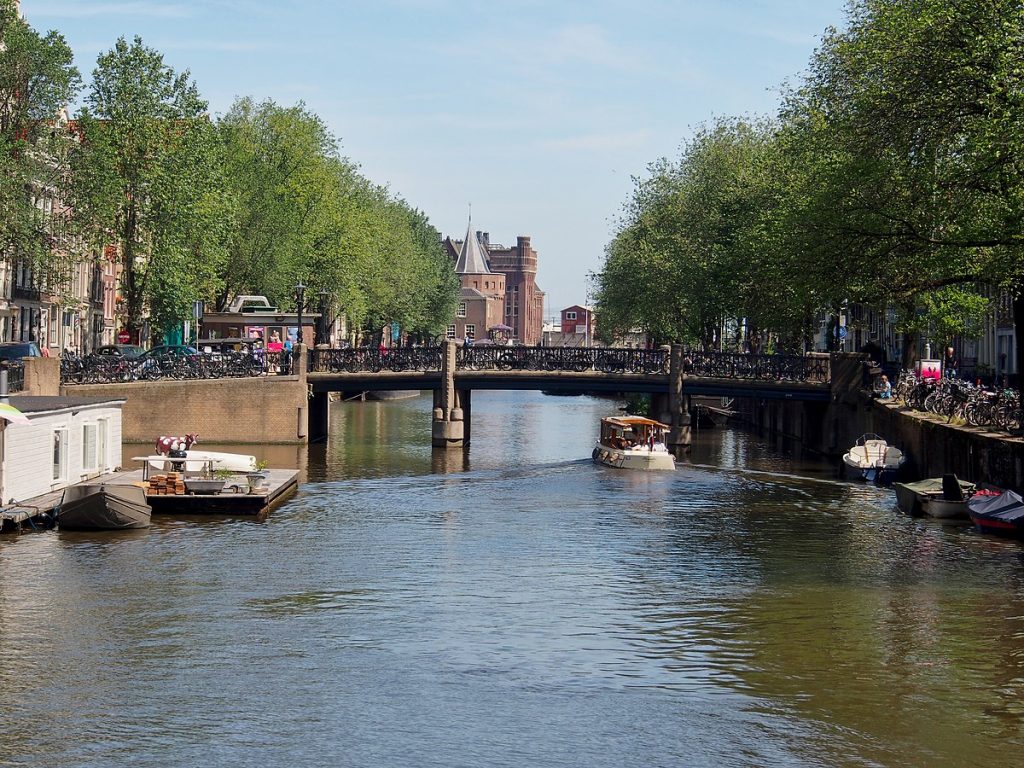 If you would like to be closer to the Central Railway Station of Amsterdam, the “Mai Boutique Hotel” opened in the vicinity of the Central Railway Station, on the historical Geldersekade of Amsterdam. This boutique hotel features a dreamy combination of Asian influenced mid-century furniture and eclectic interior design, that serves as a homage to the cultural history of the property. The harmonious composed décor is adorned with artistic masterpieces, handsomely appointed rooms, breath-taking canal views (every local would love to wake up to) and other extraordinary eye-catchers, assuring a one-of-a-kind hotel experience. An original destination for crafting memories, right in the heart of Amsterdam with 81 rooms under a 4 star boutique hotel category.

For many, a trip to Amsterdam will be incomplete without tasting one of the local culinary specialties, for others – without relaxing and enjoying a glass of special local beers during your stay. 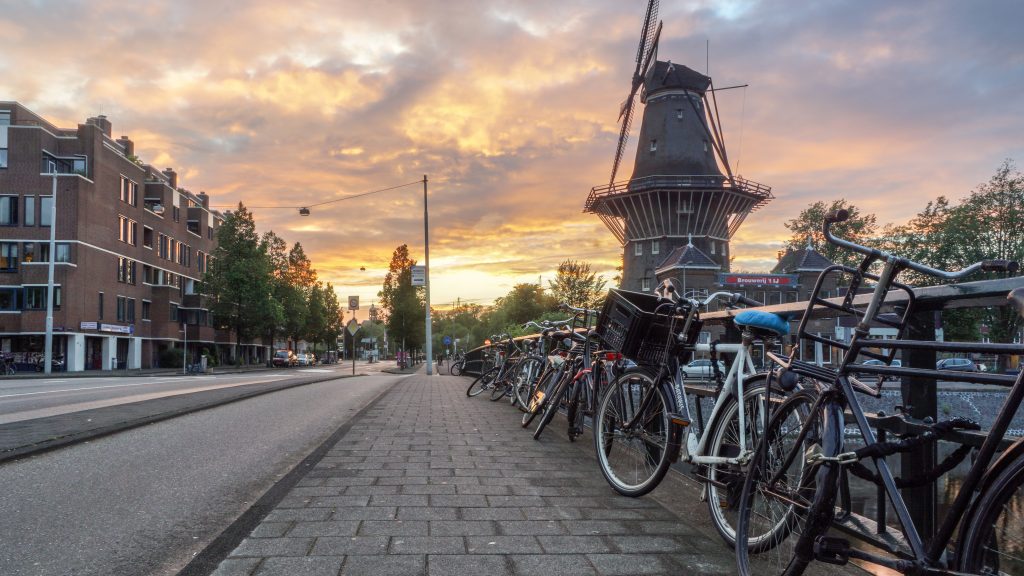 Amsterdam has several areas ideal for this with breweries of all kinds, from the massive Heineken group with all their brands to the cosiest of Breweries like the Ij Brewery. Speaking of the Ij Brewery, we can locate it in the Eastern Amsterdam area (within a nice walk from the Niu Fender Hotel). Here appears the new “triangle” of breweries (all within walking distance from one another) with the opening of the newest location and brand. Oedipus is the new player in town together with the old time favourites, the Ij brewery and Poesiat & Katen. Indulge yourself with the best ‘Hops’ and again re-discover this anciently dated drink twisted the Amsterdam way…..Proost!

We hope that with this update from Amsterdam we managed to take you on an interactive tour through some of the Golden Oldies & introduce the New Faces in town to you. Curious to see more of Amsterdam and the Netherlands? Make sure to check here our selection of Virtual tours through museums around the Netherlands or take to our Instagram page for some fascinating #VirtualTravel videos. 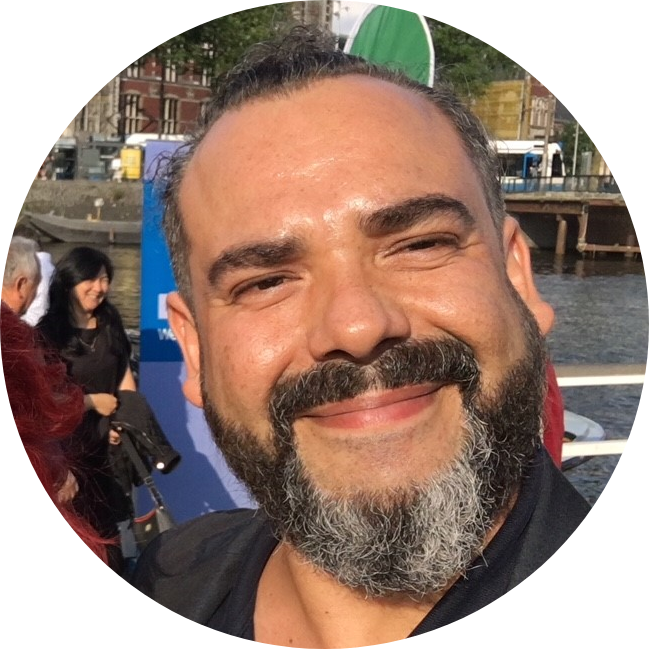 Contact us for your RFP (request for proposal) and fill out the form below.